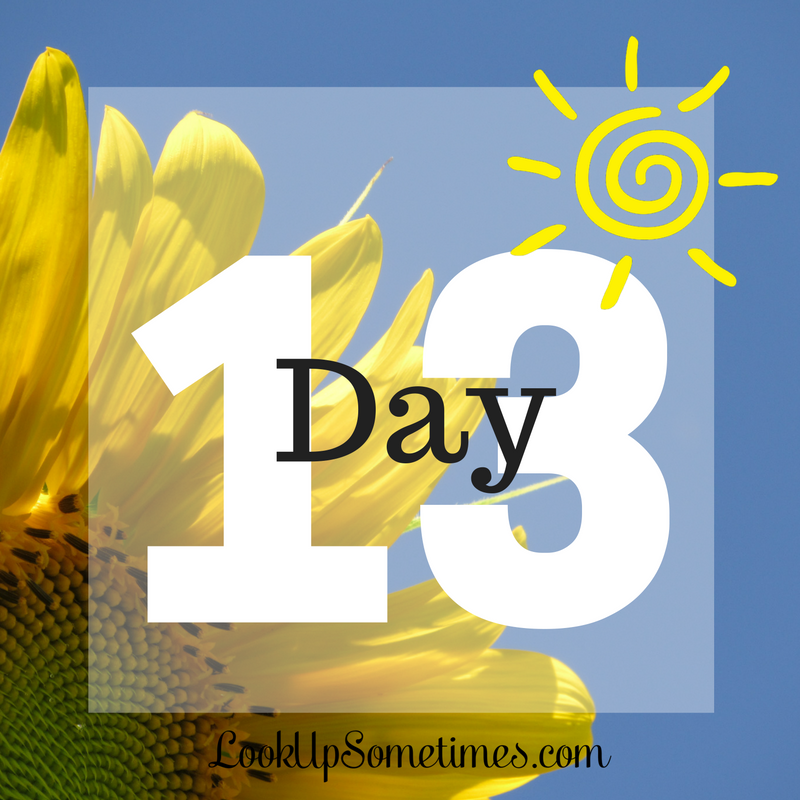 Jacob looked up and there was Esau, coming with his four hundred men… “If I have found favor in your eyes, accept this gift from me. For to see your face is like seeing the face of God, now that you have received me favorably.”
Genesis 33:1,10

I am not going to pretend I understand everything here. It’s an odd story. And then again…

God told the third patriarch, Jacob, to go home and he’s obeying. But things aren’t looking so good. Jacob sends a message, testing the water to see how Esau will respond, and the messenger reports Esau’s coming – with four hundred men!

Everybody panic! Jacob, divide your family in half. If there’s a massacre, maybe one group will escape. Help everyone cross a stream and then stay on the other side at the very back of the procession. Way to be a role model of courage for your eleven sons – all of which, a commentary pointed out, were twelve years or younger.

Cue strange-guy-that-Jacob-doesn’t-know into the scene and commence an all-night wrestling match. Two sweat-dripping guys locked in a mostly silent, gridlock match in the dark. (And to clarify, nothing sexual about it.) Nobody bites any ears off. Jacob isn’t trying out for WWE or some reality show. It really doesn’t make any sense. Unless I view it as the physical outworking of the internal struggle. Would Jacob trust God even when an army was on its way to take him down? Was God’s promise still reliable? Suddenly a sleepless night wrestling with anxiety doesn’t seem weird at all.

Turns out Jacob was wrestling with God. (If you ever doubted that truth was stranger than fiction.) That’s what anxiety is, you know. And I should know. I’ve had plenty of wrestling matches, myself.

Trust and obey is easy to say
Not so easy to do.
I look all around, then I look down
And quickly I am blue.

Forgive the Dr. Seuss-y-ness of this impromptu lyric. Looking anywhere but up causes anxiety. And then I’m blue for lack of oxygen to my soul.

(Just want to pause here to say I’m not qualified to address physical issues that cause anxiety, so please don’t hear me say that if you are looking up to God, you’re never going to suffer anxiety. Life in this busted up world isn’t that simple.)

Isn’t it scary how fast we can move from being fine when we start the journey to being totally not fine? God is so gracious.

I completely love what one commentator says. The next three paragraphs are my paraphrase:

Jacob prayed and this struggle was his answer to prayer. God wasn’t trying to keep up with Jacob’s strength. He was waiting until Jacob yielded his strength. God knew what Jacob needed. Jacob needed to know he needed God. God was enough.

In many areas of scripture, Jesus acts like he would move on – with the men on the road to Emmaeus, when Jesus walked on water, and this strange wrestler at sunrise. God makes himself available, but he doesn’t beg us to have him. If we don’t want him, he’ll move on. How badly do we want him? God used this wrestling match to show Jacob how badly he really did want God to bless him.

When Jacob acknowledges he wants God’s blessing, God asks a seemingly weird question (seemingly weird is a running theme, isn’t it?). “What’s your name?” This isn’t the local Santa with a drippy nose kid on his lap. What I hear is, “Who are you?” And when Jacob said his name, he’d hear who he was: deceiver. And God changes his identity to Israel: struggles with God because Jacob overcame.

(From Alexander MacLaren’s Expositions of Holy Scripture on Genesis 32.)

That sounds nice, right? The overcoming part, I mean. But struggles with God? I guess I’m slow to think the name was much of an upgrade. But here’s the thing: our struggles reveal the depth of our desire to be blessed by God. So it’s ok to struggle. I mean, God just named somebody that, so it must be ok, right?

This is the context for Jacob looking up the next morning. Really, nothing had changed. Except everything. His whole identity had changed in the course of a sleepless night spent wrestling with God. Wrestling with God isn’t from afar. It’s up close and personal. Sweaty. Messy. Mostly silent. And somehow all that mess helps us see clearer. As if our sight is then filtered through a lens of God’s faithfulness so we don’t freak out.

Pearl’s paraphrase: The text says God wrenched Jacob’s hip with a single touch – a little souvenir to remember God’s strength and help Jacob see that if God meant to, he could have crushed Jacob in a millisecond. That wasn’t God’s intent. God simply wanted Jacob to experience a drop of his limitless power so that Jacob would realize and not forget this same power was on Jacob’s side. Limitless Power promised Jacob safe passage home. Limitless Power would make sure it happened.

Fear, you can flee now. A wrenched hip had never been so comforting.

So who knows what was up with Esau. Did he garner an army because he was scared Jacob was tricking him? Did he still feel vengeful? Was he using scare tactics? I don’t know. But Esau ran to meet his brother and embraced him (no knife in the back) and both wept. Did God simply do a miracle in Esau’s heart? Maybe. One way or the other, Jacob saw the answer to his prayer – when he cried out to God for help – on Esau’s face. Like seeing the face of God.

I guess that’s what happens when we wrestle with God. We get close to him. We see differently. Maybe we even see his face. And the things of earth will grow strangely dim, in the light of his glory and grace.

2 thoughts on “Day 13 – Seeing After Wrestling”