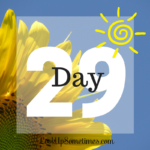 They were looking intently up into the sky as he was going, when suddenly two men dressed in white stood beside them. “Men of Galilee,” they said, “why do you stand here looking into the sky? This same Jesus, who has been taken from you into heaven, will come back in the same way you have seen him go into heaven.” Acts 1:10-11 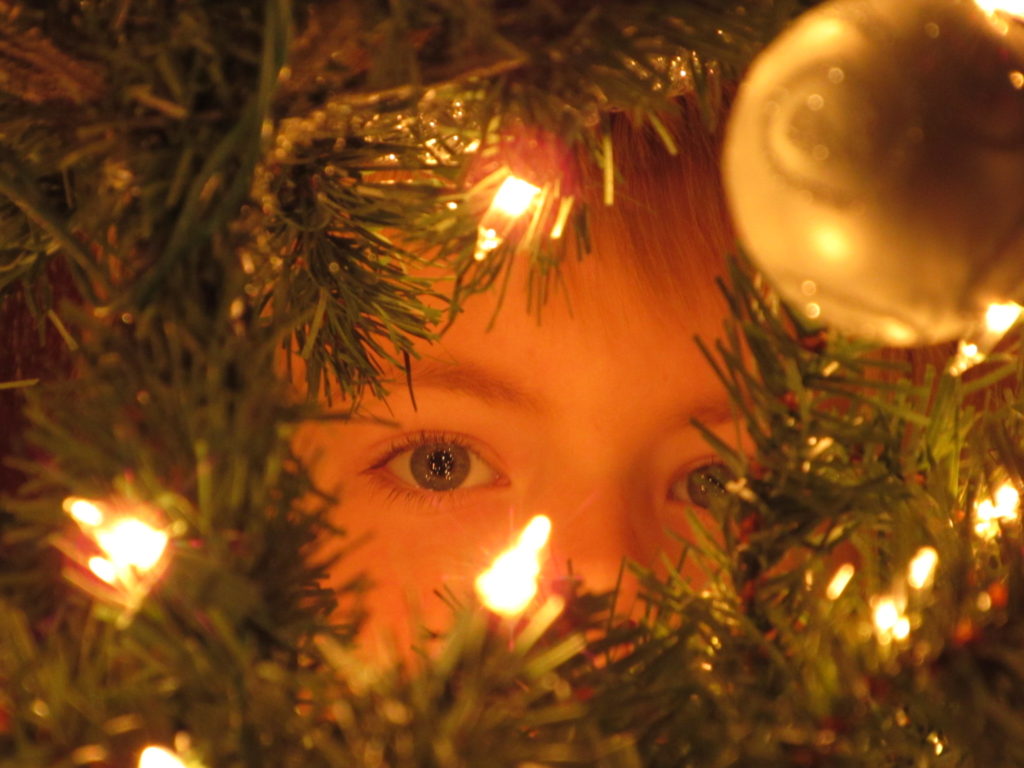 My family has a tradition of using a house-shaped advent calendar with hinged doors that open into spaces for printed verses of the Christmas story and small treats. Day twenty-five is slightly bigger than all the others. The kids like to rearrange the pieces to our Little People manger scene next to the calendar. A few days ago, my six-year old daughter, instructed everyone who would listen, “Don’t bother Mary!” (Apparently, she had placed Mary inside day twenty-five.)“ She’s having her baby shower!”

The next day, I heard the kids giggling and went to inspect. My seven-year-old son, swung wide door twenty-five. “Look!” The kids giggled again. There, nestled between a mini Hershey bar and a tiny box of Dots was the plastic baby Jesus. And I thought, they’ve got it right: Jesus is the sweetest present yet to come.

The kids’ irresistible urge to know what comes next and see the sweetness of things ahead – we don’t really ever outgrow that, do we?

In this scene in Acts, we’re not told how the men dressed in white (angels) addressed the disciples. At first I thought they might sound how I sound when I tell my kids to pick up their shoes for the fourteenth time. But I said it out loud (when no one was around!) to see if that was plausible, and laughed! Certainly, that’s not how the angels said their two lines. It matters how I hear God speak to me.

Though we’re not told how the angels spoke, we are given one rare adverb tucked between looking and up.  Intently. The disciples stared slack-jawed into the sky, unable to move, they were so moved by what they’d just seen. Oblivious to anything else. Fixated.

“Hey there, that was quite a sight, wasn’t it? He’s going to come back, it’s ok. But you’ve got work to do. Go on now.” Gently prodding? Helping the disciples transition from the intersection of earth and heaven back into the day-to-day grind. Holding close the promised hope that this intersection of earth and heaven would soon be daily reality living inside them – the Holy Spirit.

What the disciples had little way of knowing was what amazing events lay just ahead. I mean, they had some inkling – maybe – especially if they had a good memory and imagination. Did they remember Jesus told them they’d do greater things than he had? (John 14:12) Jesus had said they’d do greater things than he had, but he didn’t mean they’d be greater than him. I think Jesus meant he was then temporarily confined to one human body, but after he returned to heaven he would live inside each of his followers in the form of his Holy Spirit. Jesus would empower each of his followers the same way his Heavenly Father empowered him.

The disciples didn’t have an advent calendar of sorts to peek ahead and see the sweetness coming. But we have the advantage of history to flip ahead in Acts and read about miraculous healing, harmony, courage, generosity, and power to communicate for Christ. From cowardly and inconsistent to powerhouses for God! The disciples’ examples give serious hope for folk like me!

Today’s followers of Jesus don’t have to wait for the Holy Spirit! Once we cross from death to life, we are given the Holy Spirit as a down payment for our salvation. (2 Corinthians 1:22; 2 Corinthians 5:5; Ephesians 1:14). Do I even have a clue what kind of power God wants to activate in me? I don’t think the disciples did as they stared into the sky trying to process watching a guy float into the clouds (and nobody was high on drugs). I think past the obvious reason for looking up, was an unawareness that something far more wonderful was about to happen. And that it would happen through them.

It’s painful to admit, sometimes it’s easier for me to look up than it is to look around. I can easily enough run to God, but when I feel his nudge to get out there and make the impact he designed me to make, well – that’s scary-feeling. When I feel his nudge to connect with other persons in his family – that’s scary-feeling, too. There’s a deep vulnerability I’d rather avoid. It may or may not be easier to fixate on the last place I saw Jesus at work.

But what if, by faith, I peeked into Jesus’ first advent and anticipated the sweetness of the second?

Jesus’ last words were a promise of power he would give and a job his followers would do. The power to do the job wasn’t conditioned on anything his followers did. Thank goodness! Who needs to be told to muster up more energy we don’t have? Or to add one more thing to our already impossible to-do lists? When he gives the assignment, he gives the power.

Power for what? “…and you will be my witnesses…” I admit this phrase is so cliché, I’d kind of like to hit snooze. To break this mental rut I purposely insert something incorrect to highlight the correct (this works well with kids, by the way, and often prompts laughter and insight). For example: “…and you will be my ______” Insert vocation of choice: firefighters, jail keepers, police officers, ballerinas, grandparents, clowns in a rodeo, you get the idea. There certainly are a lot of fires (and clowns) out there today, but I’m not necessarily called to put them out (or be one of them). Jesus only gave one job: be his witnesses. Everything else is the where and how.

So what exactly is a witness? I love this! It’s two things: a verb and a noun. To witness is the action of seeing an event take place. A witness is the evidence or proof, itself. Holy Spirit-filled persons both glimpse (observe) God’s grace and embrace it (serve as evidence of that grace). How does that reframe the way I think about my tasks? Or what it looks like to be successful in them?

As Christmas nears, and we focus on celebrating Jesus’ first coming, may we not forget to live in the power of His spirit and remember the best is yet to come! 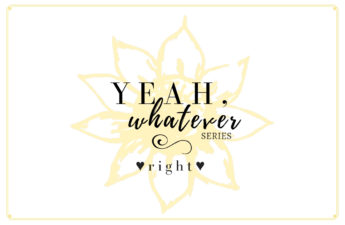 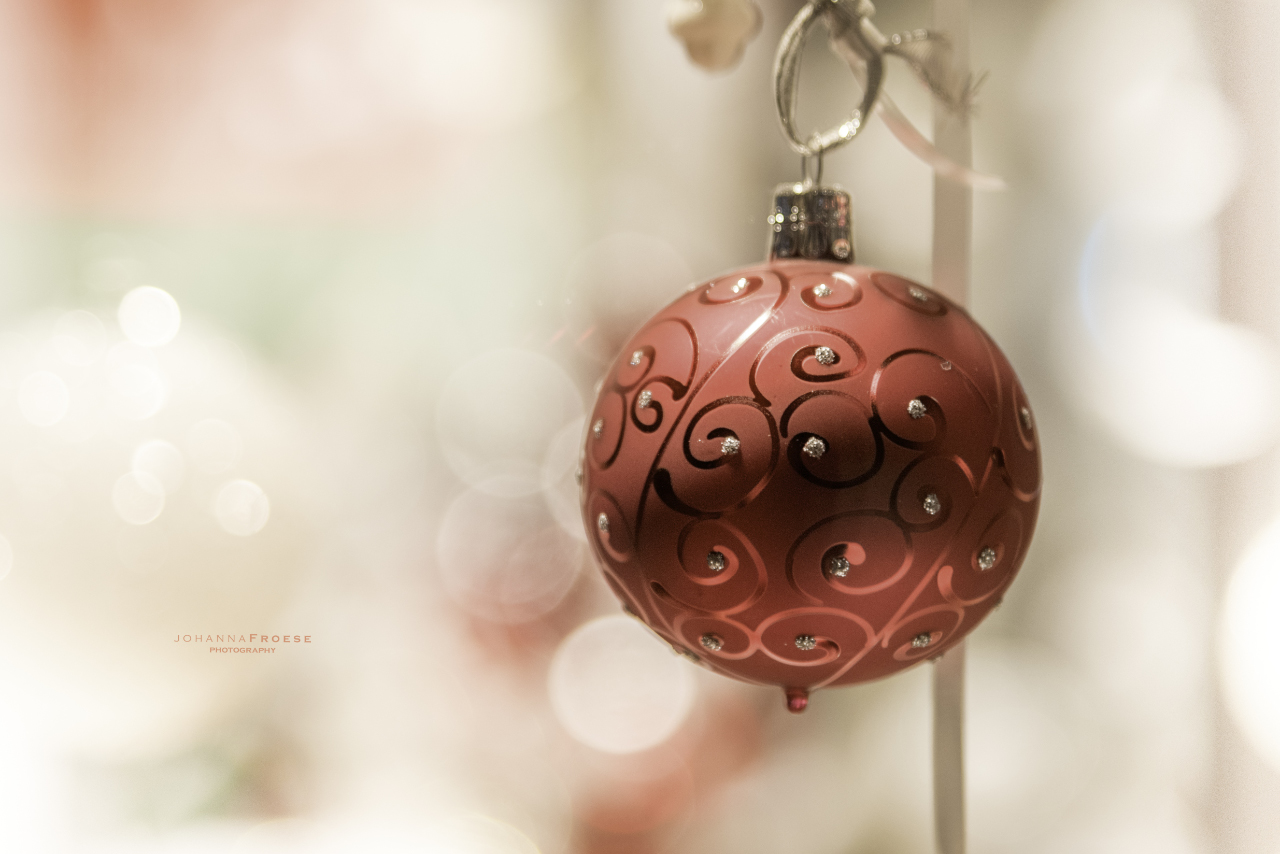