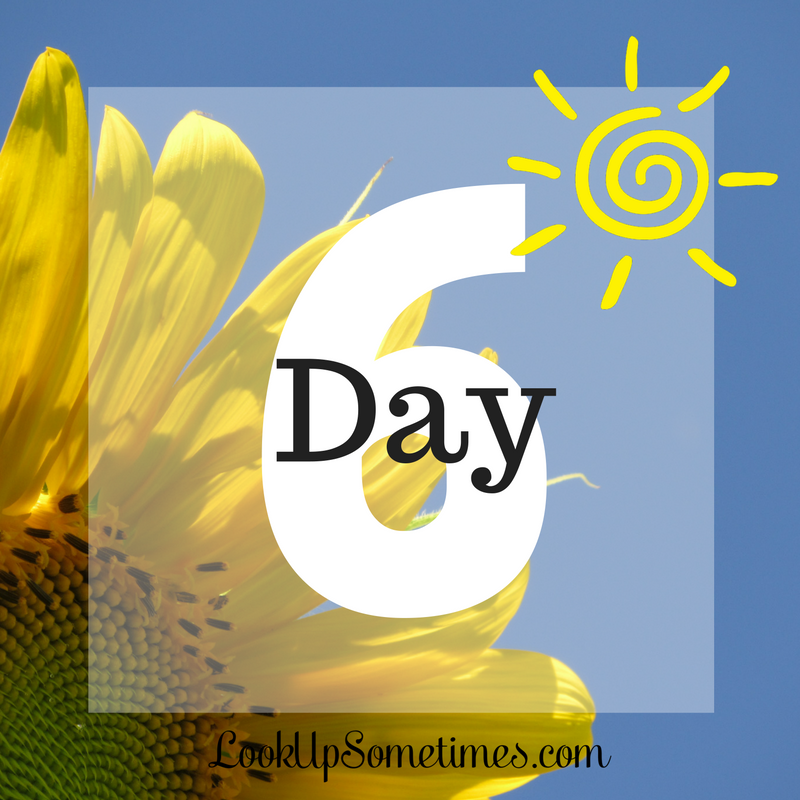 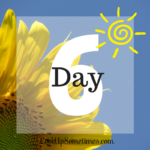 On the third day Abraham looked up and saw the place in the distance. Genesis 22:4

Finally! Only had to wait twenty-five years for the promised son to be born! The second patriarch, Isaac, might’ve been a teenager by this time. No other kids are coming that God says he’ll bless; Isaac is it. So when God asks for everything, again, everything is at stake. Again.

“Could You hang on a sec, God? Need to adjust my beltones. I thought You just said to sacrifice Isaac.” (Nervous laughter.)

Hebrews 11 says Abraham’s faith was so amazing he reasoned God could raise the dead. Is that what waiting does for your faith? Abraham experienced God’s resurrection of his and Sarah’s reproductive systems – so why couldn’t God resurrect the whole person? Still, the entire promise was at stake. As well as Abraham’s entire life.

My kids are pieces of my heart walking around outside me, wrapped in flesh and blood. To hurt my child is to hurt me. I can only begin to imagine all the emotions and thoughts swirling around in Abraham’s head and heart.

Abraham doesn’t waste time. He sets his alarm clock early, splits wood, gathers two servants, his son, and a donkey and heads out. (I’m guessing he waited to tell Sarah about this until afterwards.)

Interestingly, God doesn’t circle a destination on a map in red, FedEx it to Abraham and say: “X marks the spot. Sacrifice Isaac here.” Nope, couldn’t be easy. Instead, God gives Abraham the general area he’s supposed to head towards. “I’ll tell you when you get there.” Whatever fear of the unknown Abraham experienced, it didn’t keep him from obeying what he did know. Hebrews 11:8 confirms Abraham obeyed even though he didn’t have a clue where he was going when God made the very first call on his life. Abraham seems to have cultivated this habit of obedience.

They traveled for three days. Three days? Assuming Abraham could sleep 8 hours per night, given the duress he must have endured, that left 57,600 seconds each day to change his mind. God gave him 172,800 chances to change his mind. And Abraham kept going, not even knowing exactly where he was going or what was going to happen.

Is that what waiting does for your faith? An abundant harvest of confident expectation in God’s unfolding plan?

Hebrews 11 lists a bunch of persons commended for their faith. (I counted at least seventeen.) Out of the forty verses in this chapter, Abraham fills eight of them. No wonder.

And let’s remember who Abraham was. He was human. He battled fear. He routinely lied about his wife being only his sister so he wouldn’t get killed when his wife was stolen. WHEN his wife was stolen. Sarah was expected to lie too. Oh yeah, and let’s not forget the time Abraham agrees with his wife’s harebrained scheme to sleep with her servant to start a family since God was taking too long. Just because it’s all the rage these days…

So if Abraham can do all this, and overcome all that, why can’t we? The same faith is available to everyone.

One last thought. I might not have a clue what I’m talking about. (You can decide and let me know in the comments.)

Abraham took two servants on this journey. I’m venturing to state they were unneeded. Here’s why I think that. Abraham was in good shape for an old guy, and Isaac was able-bodied so they didn’t need help carrying anything. Plus, they had a donkey. It’s possible Abraham thought he might need help to tie up Isaac when it came time. But if he did, he changed his mind since he told the two servants to stay with the donkey while he and the boy went further.

So – why the servants? And why two?

Perhaps they were witnesses. (I warned you I might not know what I’m talking about.) Deuteronomy 19:15 says two or three witnesses were needed to establish testimony. Abraham had so much faith, he expected a miracle. He just didn’t know what it would look like. But something was going to happen, one way or the other. Maybe Abraham planned for these two servants to witness the miracle, at least indirectly, for added credibility? I can only imagine how it must have boosted the faith of those two servants, also.

Abraham was given an assignment and he figured God could raise the dead. He’d personally experienced God’s faithfulness to keep his promise. That was enough to give Abraham courage to invite two witnesses along.

How certain am I of God’s control and faithfulness, that even when I don’t exactly know where I’m going, I have enough faith to invite others to witness God’s power in my own journey?