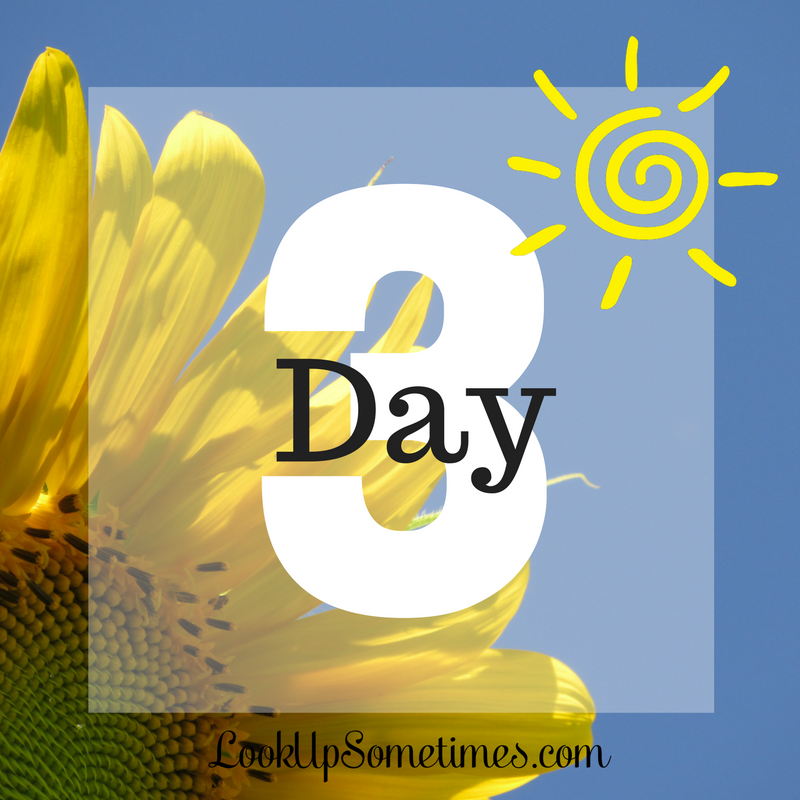 [The LORD] took [Abram] outside and said, “Look up at the heavens and count the stars – if indeed you can count them.” Then he said to him, “So shall your offspring be.” Genesis 15:5

I grew up in Portland, Oregon. Think Seattle, to understand the weather. Even when it doesn’t rain, clouds perpetually oppress – sometimes even in summer. Seeing stars is hit and miss.

It’s a good thing Abram didn’t live in Portland. He’d only have twenty-seven descendants on a good night. (Ok, slight exaggeration. Last week I asked someone I know who lives in Portland to count the stars, and she saw a whole sky full. Of course. The one time I’m trying to prove a point.) But seriously? I’d heard this story growing up, and it never made much sense. Apparently, I was missing out on those nights where you can actually see more than twenty-seven stars.

So in high school once a year, two or three friends and I would go searching for that awe I felt cheated out of. We stopped by Fred Meyer, stocked up on Mt. Dew and Twinkies, and piled into a car to drive an hour out of the city. A band of bright haze hung above the summer horizon on one side of the sky. We lay half-shivering in the night air and peered up at a few more than twenty-seven stars waiting to see a meteor. I tried not to be upset that we couldn’t entirely escape the artificial to see the real. Funny thing, light pollution is.

But even with the obstructions, there was something of awe and that smallness-feeling, especially when we witnessed the meteor shower. As I suspected, this kind of awe does aid in understanding Abram’s encounter with God.

First, God gives Abram this grand vision. He says: don’t be scared – I’m your shield and your very great reward.

Right, like what does that even mean? I think that’s what Abram was feeling. Not quite there yet. I imagine he’d just come inside from taking out the trash. Sarai was irritated he’d forgotten two days in a row. Living in the everyday, where all us normal folk live.

“Uh, God? Not trying to be disrespectful here. Just pointing out the obvious – I still don’t have a kid. What, exactly, is it You’re going to do for me, again? ‘Cuz when I croak, my servant inherits it all. Just saying.”

Gotta love an honest Abe. (Couldn’t resist.) Also gotta love that God doesn’t shut him down with, “Weren’t you listening the first time in Chapter 12?” No lectures for stupidity or poor listening for the first patriarch of Israel. Instead, God answers Abram’s questions. And the way he does it, makes me just love him more.

God graciously meets Abram where he’s at. At night. In the dark. He takes Abram outside. It’s still dark. It’s still night. Abram’s not sure what to expect. Then God speaks the first occurrence of the actual words “look up” in the Bible (NIV). A command to shift the perspective. I kind of love that. A two-word command and Abram moves a few muscles to shift his gaze.

God doesn’t have to say a lot for a lot to happen. Something happened to Abram’s spiritual landscape when he moved within his physical one. While Abram is obediently gazing at the stars, God promises a childless, old man he will become the father of so many descendants it’ll be crazy.  And this time, Abram is speechless. But the text reveals the internal change: Abram believed God, and it was to his credit.

Wow, do I want that too! So much awe for an all-powerful God that I’m speechless. And belief in God’s promises, even when he doesn’t say much. How quickly will I respond to God’s beckoning to come outside my comfort zone, even in the dark times of my life, so I can catch a glimpse of God’s grace?