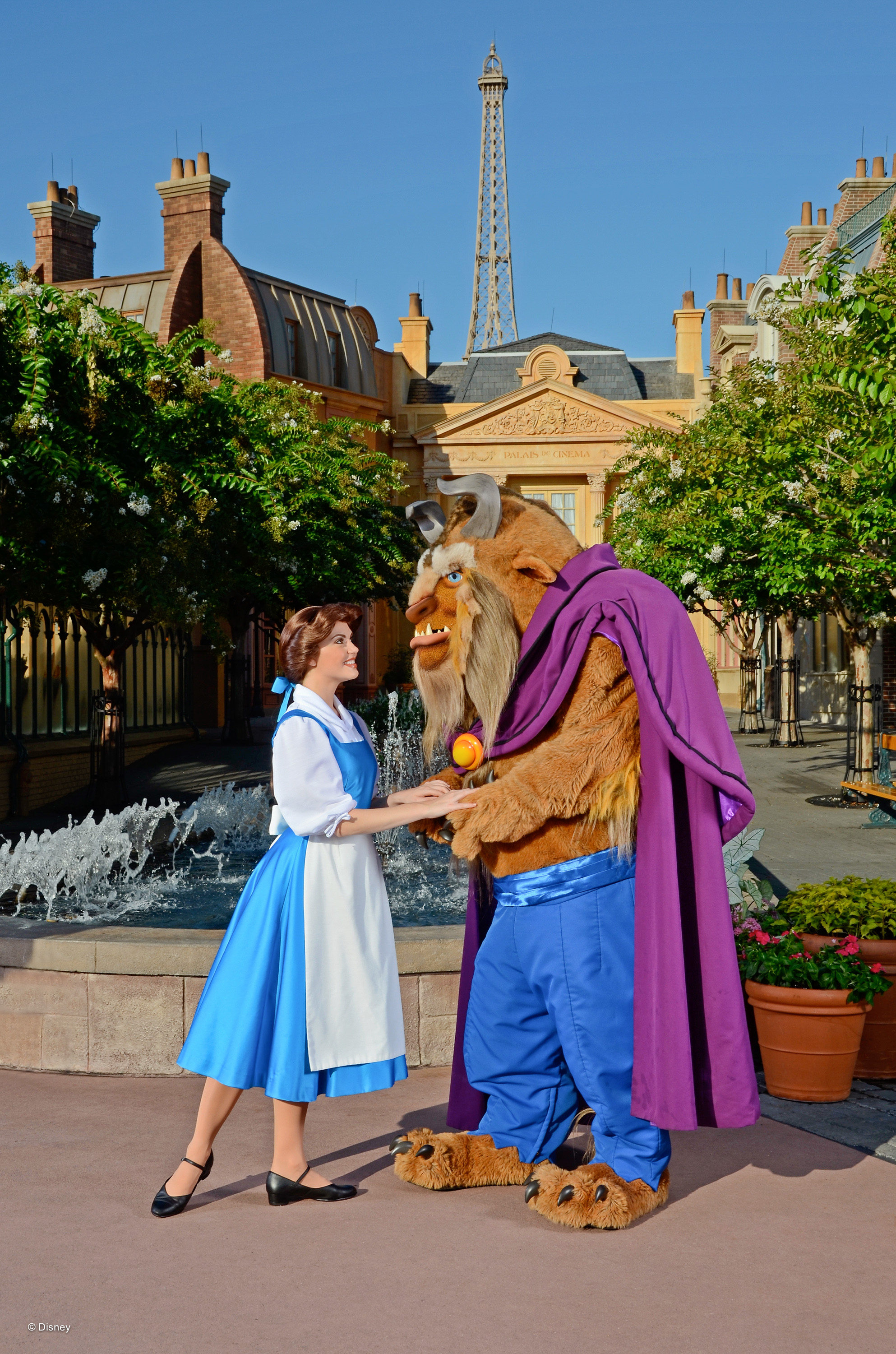 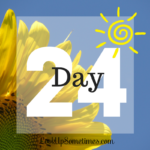 At the end of that time, I, Nebuchadnezzar, raised my eyes toward heaven, and my sanity was restored. Then I praised the Most High; I honored and glorified him who lives forever. Daniel 4:34

The half hour in line, fast by Disney World standards, was long enough our daughter, Zoe (four and a half at the time), became hungry. Wouldn’t you know, it was her turn to pose with Belle just as she bit into the granola bar?

“Finish your bite. Then you can smile for your picture,” I said, trying not to feel pressured from the entire line of people behind us waiting for their turns. We rushed into places to pose. Belle asked Zoe questions and she nodded, still chewing. Belle’s smile looked increasingly strained as she extended obligatory chit chat while our daughter chewed. Apparently, she had shoved half the bar in her mouth.

Our once-in-a-lifetime photo shows Zoe standing with a mouthful of granola bar in front of a poised Belle. It’s hilarious now.

We had watched a few of the Disney movies before enjoying this gifted vacation from my very generous mother-in-law. Beauty and the Beast was one of those movies. I was more into it than my daughter.

In case you aren’t familiar or have forgotten, here is a bite-sized synopsis: Beauty and the Beast focuses on the relationship between the Beast – a prince magically transformed into a hideous Beast as punishment for his arrogance, until he learns to love and be loved in return – and the beautiful, young, spirited Belle whom he imprisons in his castle. To become a prince again, Beast must win Belle’s love otherwise he remains a monster forever. With the help of his enchanted servants, Belle begins to draw the cold-hearted Beast out of his isolation. (From Wikipedia and a film synopsis)

There are some striking similarities between the beloved fairy tale and the biblical account of King Nebuchadnezzar.

Through a dream, God warned King Nebuchadnezzar, he would lose his sanity and live like an animal until he acknowledged God was in control. The dream was fulfilled a year later. Arrogant prince turned Beast?

Although there is no heroine in the biblical story, there is definitely beauty. In contrast to the fairy tale where Beast must win Belle’s heart, King Nebuchadnezzar didn’t need to win God’s heart. God already loved King Nebuchadnezzar. Instead of needing to love and being loved in return, the order is switched – being loved and then loving in return.

God’s beauty opens our hearts to receive His love.

No matter how beastly our sin, there is nothing God can’t forgive. Is this what softened the king’s heart as he wandered with wild donkeys and ate grass for several years? Did he remember when God had rescued the three men from Nebuchadnezzar’s fiery furnace and he, himself, had decreed anyone who spoke anything against the Most High be cut into pieces and their houses be turned into piles of rubble because no other god can save that way? Did he appreciate the mercy of the LORD to spare his life? Did he witness the beauty of the Creator in a new way living amongst the animals, as one of them? Did awe fill his heart where once it was hard?

Did his appointed waiting period cause him to hunger for the beauty of God’s love?

After the appointed time, the king-turned-beast looked up to heaven, and the King of kings drew the king from his isolation into a restored position of honor. King Nebuchadnezzar was given even greater splendor than before. Receiving God’s love causes us to be restored and enables us to love in return.